It was a blockbuster weekend for viewers at aha Home Box Office with the release of two diverse and refreshing tales of love – Bhanumathi & Ramakrishna, and Krishna And His Leela.

After creating massive pre-release buzz, Bhanumathi & Ramakrishna released on July 3 and has proved to be a digital blockbuster with rave reviews coming in from both critics and audience alike.

Celebrating the successful release, cast Naveen Chandra and Salony Luthra channeled their inner Bhanumathi and Ramakrishna to set off on a day out with aha while abiding by the highest standards of hygiene and precautionary measures, a practice that they followed through the promotions for the film.

And on July 4, yet another blockbuster film was released for the viewers of aha! Krishna And His Leela produced by Suresh Productions, presented by Rana Dagguabati and starring Siddu Jonnalagadda, Shradda Srinath, Shalini Vadnikatti and Seerat Kapoor, is now streaming on aha.

And the fun doesn’t stop at that! There’s a lot more to look forward to, with every Friday featuring premieres of films like Shylock, Gypsy, 36 Vayasulo, Bangalore Days that the Telugu audience will experience for the very first time.

So, brace yourselves with new movies releasing every weekend as aha Home Box Office ushers in the magic of theatres at home, giving you full-fledged Telugu entertainment through July!

In a short span of time, aha has become a household name with digital premieres of audience favorites like Kanulu Kanulanu Dochaayante, Khaidi and Arjun Suravaram alongside a huge library of classics starring the biggest superstars of Telugu cinema and hit web series like Masti’s, Locked and Sin. A lot more is coming to the audience in the days to come!
Attachments area 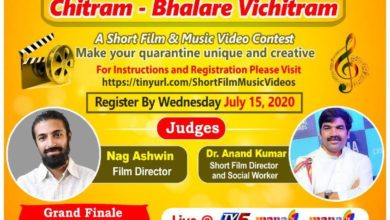 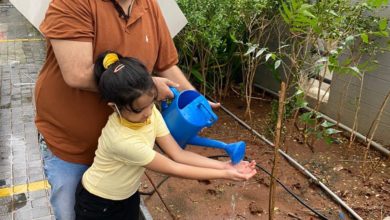 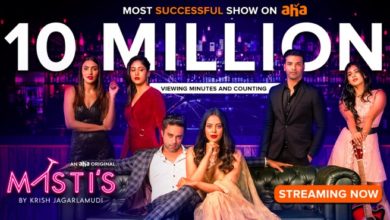